If you're friends with me on Facebook, you were inundated with posts about my attendance at Joseph-Beth Bookseller's event featuring Neil Gaiman. 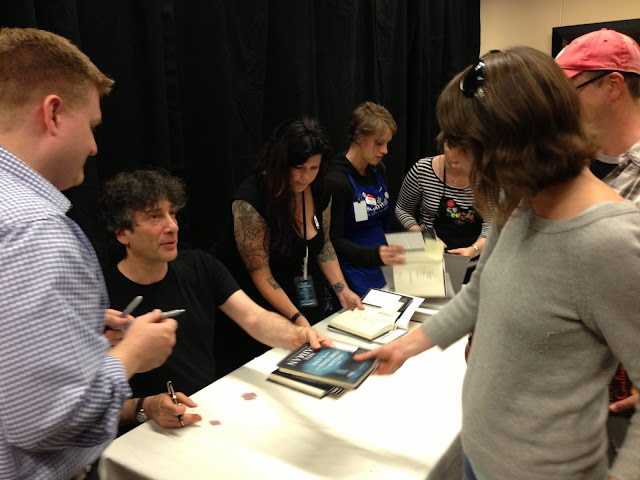 I don't get wrapped up in celebrity, but the opportunity to hear Gaiman speak (he was brilliant, inspiring, hilarious) and get him to sign my first edition of The Ocean at the End of the Lane was just too much for this book nerd to pass up.

For those who are unfamiliar with Gaiman, he rose to fame when he penned "The Sandman" series in 1980s. He went on write some of the best books I have ever read. He wrote the "all ages" novels "Coraline" (my personal Neil Gaiman introduction) and "The Graveyard Book". He has wonderful picture books like "The Wolves in the Walls" and "The Day I Swapped My Dad for Two Goldfish." He writes beautiful fairytales for adults, for example "Stardust" and his newest, "The Ocean at the End of the Lane". And then there are my personal favorites, "Good Omens" which he wrote with brilliant author Terry Pratchett, and "American Gods", a brick of a novel that I savored every bite of, reading and re-reading passages to make the book last longer.

His stories are deep and rich, dark and scary. They overflow with myth and humor. His characters are dynamic and full of life. But they are also about love and friendship, kindness and growth. I think they're probably a reflection of the man himself. 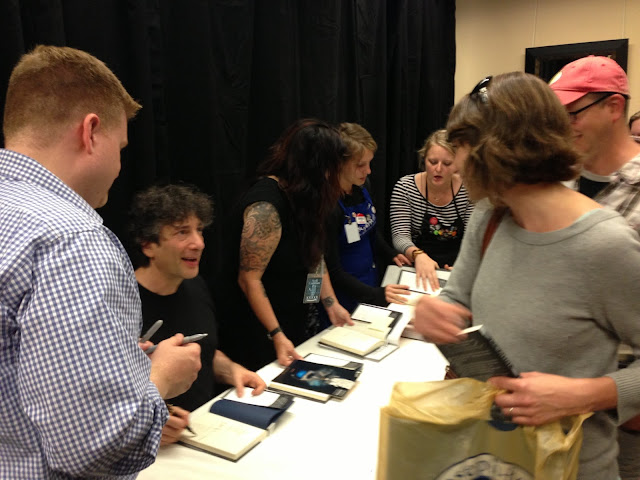 I love to read good books. And I mean good books. Don't get me wrong - I can put away a steamy romance novel with the best of them. I think Stephen King is one of the best storytellers ever (even if he can't seem to write a decent ending). And I will never, ever criticize or judge anyone else for the books they choose to read. But more and more, I want books that worm their way into my bones. I want Michael Chabon to woo me with his sentence structure. I want Gabriel Garcia Marquez to make me believe in ghosts. I want Neil Gaiman to steal my heart with myth. And I am always looking for the new (to me) writer that has the trifecta of literary win - likable characters, outstanding writing, and a good story.

It should go without saying that I want the same for my daughter. 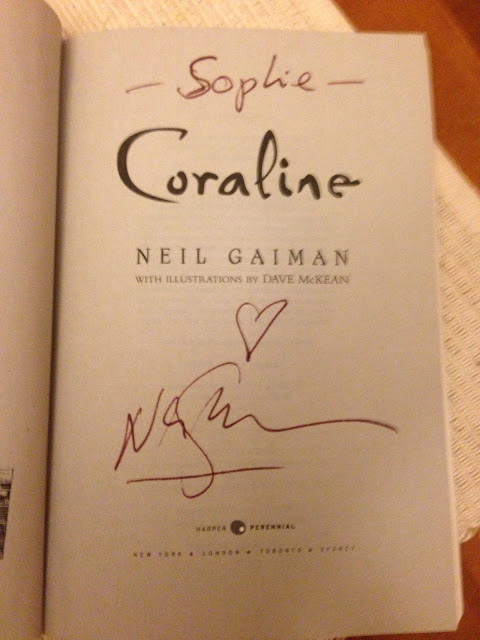 No doubt your site is amazing and I really like it. Nice writing, you are doing great effort, your way of writing is unique. Love this site.

Hi! I know this is very random but your husband had a strange alien experience when he was a kid that he wrote about on his blogspot called “strangeite” I was wondering if he would be willing to share as I have other friends who are also interested in reading it!