Well, it's over for another year. The 38th Annual Festival of the Bluegrass concluded Sunday morning. Preparing for an event of this magnitude is like running a full on sprint. And when it's over, you can't just stop on the finish line; you have to run through. That's what we're doing this week: running through. And we're tired.

Mom and dad came for the weekend to watch the kids. In the process dad took about a gazillion pictures and - lo and behold - they both enjoyed some music. Dad had the best seat in the house for many bands, including the Steep Canyon Rangers. 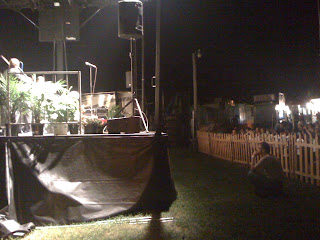 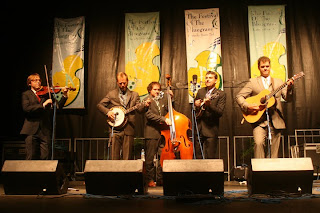 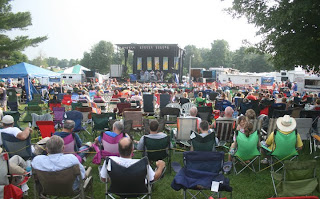 We were lucky to have cool places to retreat to, and elder Cornett's willing to rest with the younger. 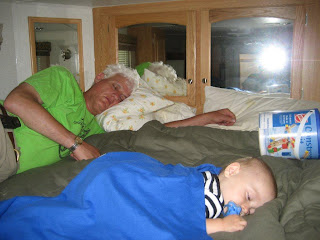 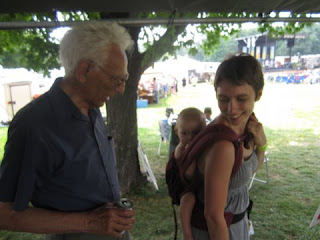 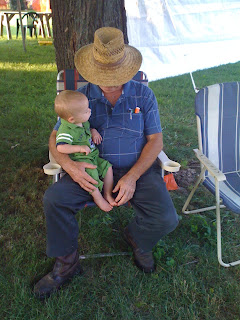 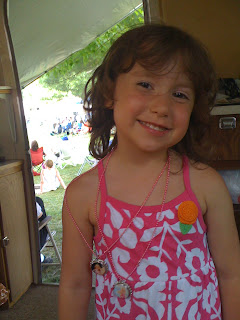 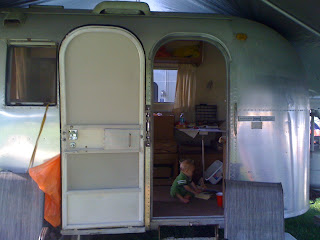 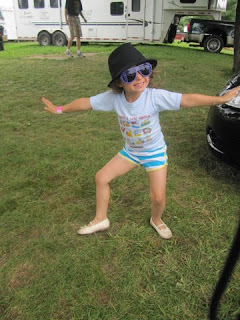 There are no pictures of Riley because that boy was always working or swimming or playing. He was hard to come by! But he had fun getting to know his cousins better, which is a big part of the Festival, too. And he's probably glad that most of his antics aren't displayed on this blog.

Saturday night, things were winding down and Roy and I sat at the office - really together for the first time in nearly a week. It had cooled down after days in the 90s and we were able to take in the fruits of all our hard work. Frankly, it's hard to digest it all right now. I'm still too tired. But looking at this picture I do remember how I felt, holding Roy's hand while the folks around us cheered for the Seldom Scene. The 38 year old legacy continues and boy am I one lucky girl to be a part of it. 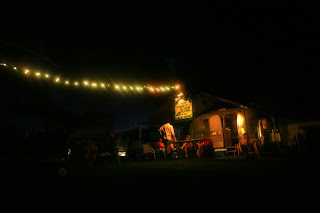 Posted by AnnaMarie at 8:40 PM

I have learned so much about how much a part of your life the festival is, and it's so admirable. Now that I understand more, seeing these pictures is emotional even for me! : )